Journey into the World of Devotion with Kirtan Musician Krishna Das 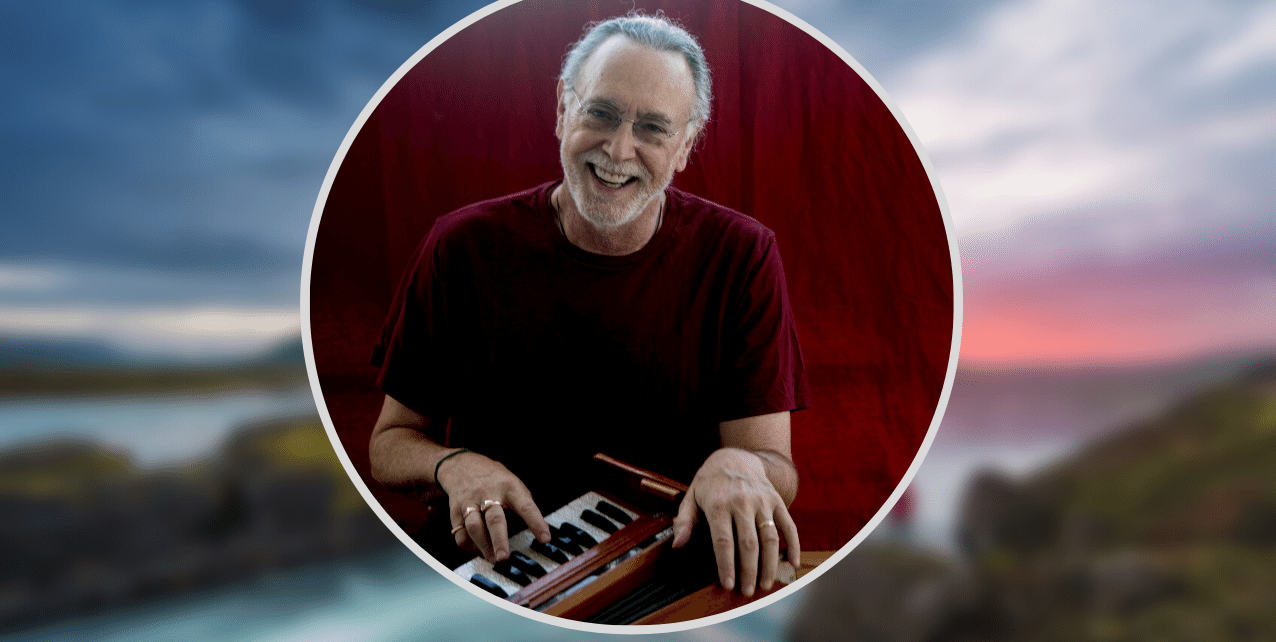 Join Andrew on this interview with Krishna Das, the renowned Kirtan musician, on a heartfelt journey into the world of devotion, and the role of sound on the path. What is Kirtan, and how does one listen to it? Can you bring music onto the path, and what are the near enemies in doing so? The discussion turns to sound as the nature of reality, and the role of mantra to reveal reality. Even scientists talk about the Big Bang, and “string theory.” Is the world made of sound and light? (“In the beginning was the word, and the word was made flesh.”) How does one “listen to the mind,” instead of the classic instruction of looking at the mind? KD talks about creativity, the role of improvisation, and what happens when he performs. The conversation turns to how devotion, guru yoga, bhakti yoga, and openness are central to the journey. This interview is uniquely personal, with Andrew and KD sharing intimate stories of their respective paths. At Andrew’s request, KD offers two selected Kirtan chants, with commentary; and Andrew offers his performance of a Rachmaninoff prelude. Join us for this disarming and sound-soaked interview, with one of the most endearing artists on the planet.

Layering traditional kirtan with instantly accessible melodies and modern instrumentation, Krishna Das has been called yoga’s “rock star.” With a remarkably soulful voice that touches the deepest chord in even the most casual listener, Krishna Das ” known to friends, family, and fans as simply KD ” has taken the call-and-response chanting out of yoga centers and into concert halls, becoming a worldwide icon and the best-selling western chant artist of all time. His album ‘Live Ananda’ (released January 2012) was nominated for a Grammy in the Best New Age album category.
KD spent the late ’60’s traveling across the country as a student of Ram Dass, and in August 1970, he finally made the journey to India, which led him to Ram Dass’ own beloved guru, Neem Karoli Baba, known to most as Maharaj-ji.

Given the name Krishna Das, KD began to chant as part of following the path of Bhakti yoga, the yoga of devotion. After two and a half years with Maharaj-ji, returned to USA – alas, six months after his return, word came that Maharaj-ji had died. He took solace in music, finding peace and strength in both his Bhakti yoga practice as well as in such heroes as Ray Charles, Van Morrison, Steely Dan, and Bruce Springsteen (whom he laughingly calls “the Bodhisattva of New Jersey”). KD also co-founded Triloka Records, a California-based label specializing in world music, releasing such artists as Jai Uttal, sarod virtuoso Ali Akbar Khan, and legendary jazz musician/composer Jackie McLean.

In 1994, KD started leading chant at Jivamukti Yoga Center, NYC, with an ever-growing audience of yoga students that has led him to chant with people all around the world. In February 2013, Krishna Das performed at the Grammy awards in Los Angeles, CA streamed online to millions of viewers. The award-winning film ‘One Track Heart: The Story of Krishna Das’ has been in over 100 US cities, over 10 countries worldwide and is available on DVD everywhere.

← Interview with Clare Johnson, Phd | A Deep Dive Into The World Of Nightmares

B. Alan Wallace PhD on Lucid Dreaming, Including "What Does it Mean to Say Reality is a Dream? →