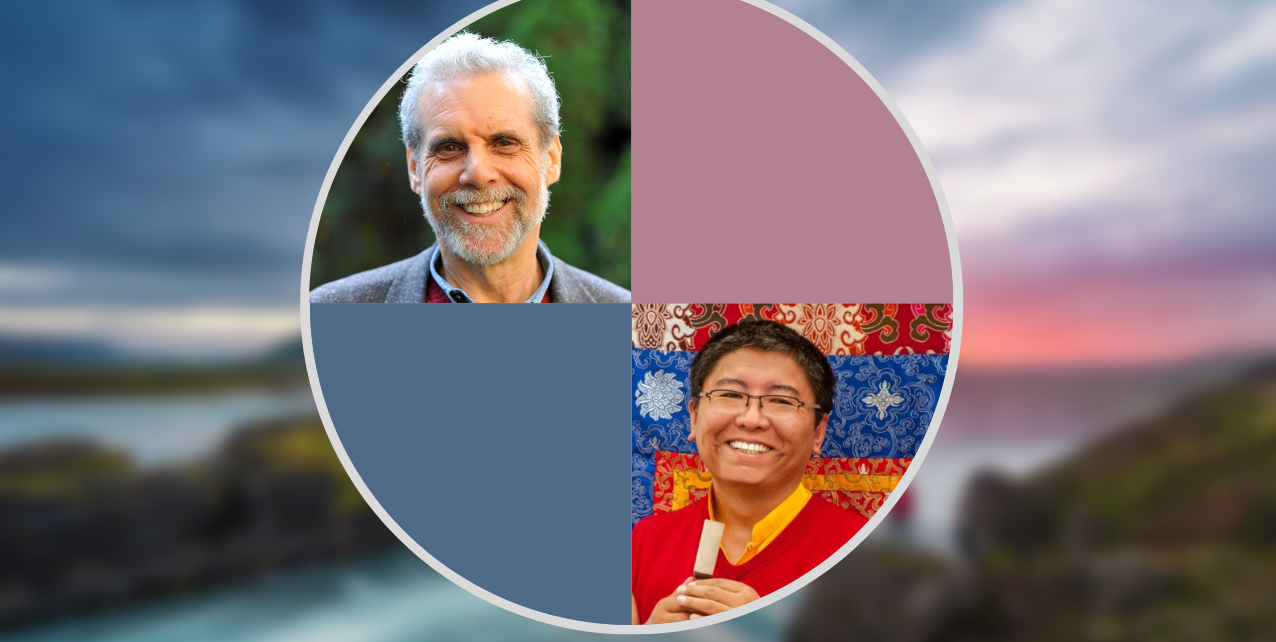 Join Tsoknyi Rinpoche and Daniel Goleman as they discuss their new book, Why We Meditate. This conversation follows the structure of the book, with Rinpoche responding to questions from Andrew, and Daniel offering the science behind what Rinpoche covers. The podcast begins with the aspirations behind this book, what they both want readers to walk away with. Rinpoche then talks about his notion of “beautiful monsters,” and gives the example of how to work with anger in a new way, distinguishing between useful and useless anger.

Rinpoche connects this to “essence love,” and his wonderful “handshake” practice. Daniel and Rinpoche then talk about balancing the two views behind meditation: are we training to achieve certain qualities, or dis-covering them? What about the sense of hollowness that so many feel today? Where does that sense of lack come from, and what can we do about it? Rinpoche and Daniel then go into depth about the “Four I’s” – the mere I, reified I, needy I, and the social I – and how this relates to the issue of egolessness. This acts as platform into the topic of reification, and its central role in creating suffering. Both guests talk about the contribution of Western psychology, and therapy as an indispensable tool for benefiting meditators.

More about the book “Why We Meditate”

About Daniel Goleman Daniel is the internationally bestselling author and coauthor of several books, including Emotional Intelligence, Focus, and Altered Traits. He was a science reporter for The New York Times, was twice nominated for the Pulitzer Prize, and received the American Psychological Association’s Lifetime Achievement Award for his writing. He lives in the Berkshires. Find out more at DanielGoleman.info.

About Tsoknyi Rinpoche Tsoknyi Rinpoche is one of the most beloved teachers among the new generation of Tibetan Buddhist meditation masters. Widely recognized as an outstanding meditation teacher for over twenty-five years, he is the author of Open Heart, Open Mind; Fearless Simplicity; and Carefree Dignity. He has received accolades from prominent Buddhist teachers, including His Holiness the Dalai Lama. Find out more at TsoknyiRinpoche.org.

Inside the Podcast
Introducing Daniel Goleman and Tsoknyi Rinpoche
If you don’t transform yourself, it’s difficult to relate to others.
How do you balance the two vectors of psychological and spiritual development?
The importance of understanding the negative results of these teachings.
The critical importance of relationships in buddhism.
The importance of having a healthy self-image.
Rinpoche’s embrace of the Western skill sets and psychological approaches.
Rinpoche’s top 10 beautiful monsters.

Sean Esbjörn-Hargens Journey into the Field of Exo Studies →